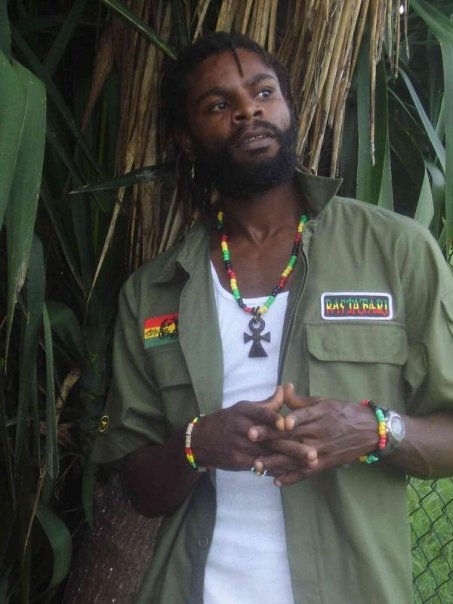 The next artist that will be performing Saturday, September 6th, at the festival.

Fire Star hails from the musical island of Jamaica. Growing up in a tough environment called Union Garden, Kingston 13, music was his main focus at a tender age, even during school days. Fire Star began recording music professionally at age 18 when his first single, “Bus de Place” for Bingi Production, began rotating on the radio. This attention built his confidence even more as an artist. Later, the young Fire Star moved to Portmore where he joined forces with two other artists, Buzhrock and IWayne. The three worked together on stage shows and became the original Lavaground Warriors. Gaining more popularity and maturity as an artist, Fire Star released the single, “Protect the Little Children” on the Tsahai (Receive) Rhythm (Altafaan Records) in 2005 where he caught the attention of veteran disc jockeys Elise Kelly and GT Taylor along with several others. Since the initial release of this popular single, he has recorded a multitude of songs. He was featured on IWayne’s debut album, Lavaground, on the track entitled “Conquer.” He gained more international popularity with the release of the historical Lavaground Icumentary, (Jetstar) which documented the livety of the three original Lavaground Warriors, Fire Star, IWayne and Buzhrock. Fire Star toured Europe in 2006, performing at the famous Montreaux Jazz Fest (Switzerland), Summerjam (Germany), Trier Festival (Germany), Dour Fest (Belgium), Rototom Fest (Italy), Two 7’s Splash (Holland), Effot Fest (Hungary) along with club dates in Austria and various festivals in Sweden and Denmark. He received great reviews for his 2007 performance at the popular Montreal Reggae Fest. Within Jamaica, Fire Star has performed on Spring Break, Stars In Action, Champion in Action, and Puma Finish Line to name but a few. Throughout the Caribbean, he has performed in the Bahamas, Grenada and Turks and Cacaos. Fire Star has extensively performed throughout the United States since 2006. Most recently, he toured the US with International Artists, IWayne and Wayne Wonder in early 2008 and toured the West Coast with IWayne and Bobby Tenor, including San Diego, Los Angeles, Riverside, Oakland, Santa Cruz, and Eureka, in Summer 2008. He is currently in the process of completing his album.