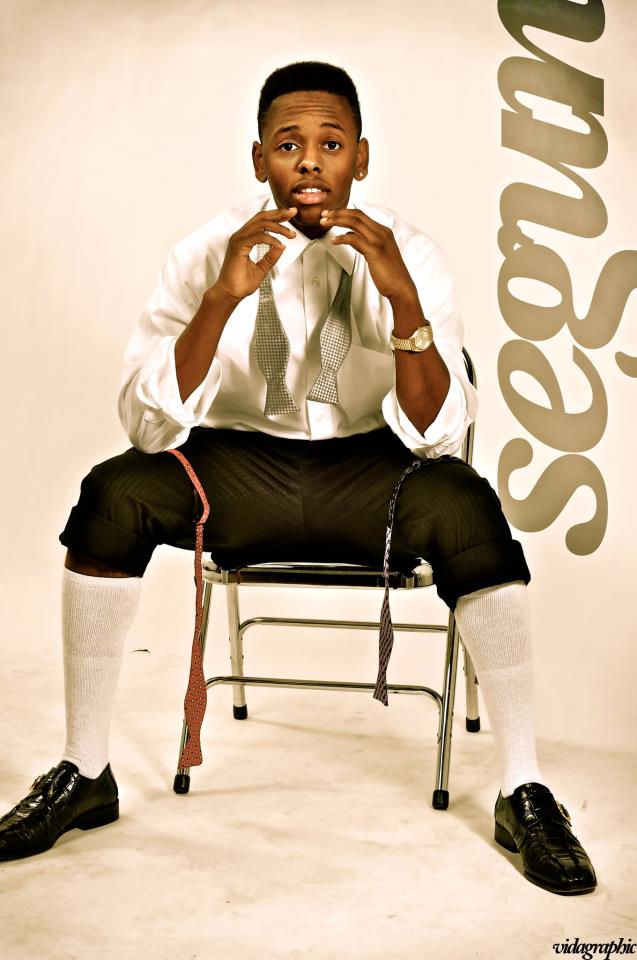 Segun is a los angeles based singer songwriter. At the age of 16 he began performing around the Dallas area. After participating in many different community and city wide talent shows and competitions including Central Texas Idol, in which he took hope the gold, he began to hone his “sound” in a serious way by working closely with different studio producers and musicians around Dallas and Los Angeles. Some say when he graces
the stage he is guaranteed to make even grown men come to tears. He is currently studying music at the University of Southern California in which he was given the opportunity to open for Esperanza Spaulding an Anthony Hamilton. Segun also spends his day to day building a name as a street performer and live act (follow twitter @segunmusic to see a live street show). His music is a soulful sense of pop culture with the songwriting honesty of folk and blues.

“CAN’T BE CATEGORIZED” FEATURING NARADA AND GOON IS THE FORERUNNER OF LYRICAL TRANSCENDENCE AND HAS PROVEN TO BE A NEWFOUND PURVEYOR OF REAL MUSIC WITH AN ECLECTIC TWIST IN THE HIP HOP COMMUNITY. THIS SUPER FLY FRESH GROUP HAILS FROM DALLAS TEXAS AND TAKES PRIDE IN THEIR FUSION OF ALL GENRES OF MUSIC FROM HIP HOP- ROCK- TO THE SULTRY SOUNDS OF AUTHENTIC JAZZ.
NARADA AND OLAGUNWA ARE TWO BROTHERS WHO HAVE DECIDED TO TAKE THEIR GENETIC TALENTS AND IMMORTALIZE THEM THROUGH THEIR GOD GIVEN GIFT OF MUSICAL CREATION. THEY ARE YOUNG AND READY TO TAKE OVER THE INDUSTRY WITH THEIR FRESH BEATS, ELOQUENT RHYMES, MAGNETIC CHARM, AND WIT. THESE TWO BOYS DON’T RESTRICT THEMSELVES OR SUBSCRIBE TO ANY ONE PARTICULAR GENRE OF MUSIC-INSTEAD THEY HAVE CREATED A VEN DIAGRAM OF THE ART AND FIGURED OUT THE KEY TO FUSING SOUNDS AND INSTRUMENTS TO CREATE ECLECTIC ORIGINALITY.